August 04, 2014
Late last week, I managed to get to Honored with the Torvan hunters, and picked up the next tier of cape.  I also stopped being cheap and spent around 20k in Infinity Stones, and added a few pieces of gear and upgraded them to help balance out some inconsistencies in what I'm wearing.

Over the weekend, I spent most of my time working on the first tier of hunt rifts, ran a daily raid rift with my awesome guild (Go go team Grievance), and knocked a few more zones off towards the Bane of the Bloodfire achievement.

Still working from a place of fear, I continued to do nothing with my raid healing spec.  Whenever I ended up in a zone event, I did a good job of keeping the group up and felt effective, until a chloro showed up, and completely kept the raid healed leaving me with nothing to do.  Today over lunch, I went ahead and watched Seatin's really good video on Warden healing, and it was much less overwhelming than Ahov's guide on the forum.

The next time I get a chance to play, I'm going to spec into Warden and make it happen.  The beauty of zone events is that no one bothers you if you're sub-par, since it is typically such a zerg fest.  I think too, that the need to switch to better raid frames may not be as urgent if I get a decent Warden build.  There's a lot less targeting of individuals while running a Warden, which seems to be the main sticking point I have with the default raid UI and Sentinel healing.

Rift is really getting its hooks deep into me, I'm having a great time, and keep looking forward to playing.  Last week, I got into the Archeage beta, and messed a bit with Wildstar, but I keep coming back to Rift.  I think I need to write up a summary of what I like in what Trion has done, and what makes it win out versus other titles.

Keep on gaming, and I'll see you in Telara!

Popular posts from this blog 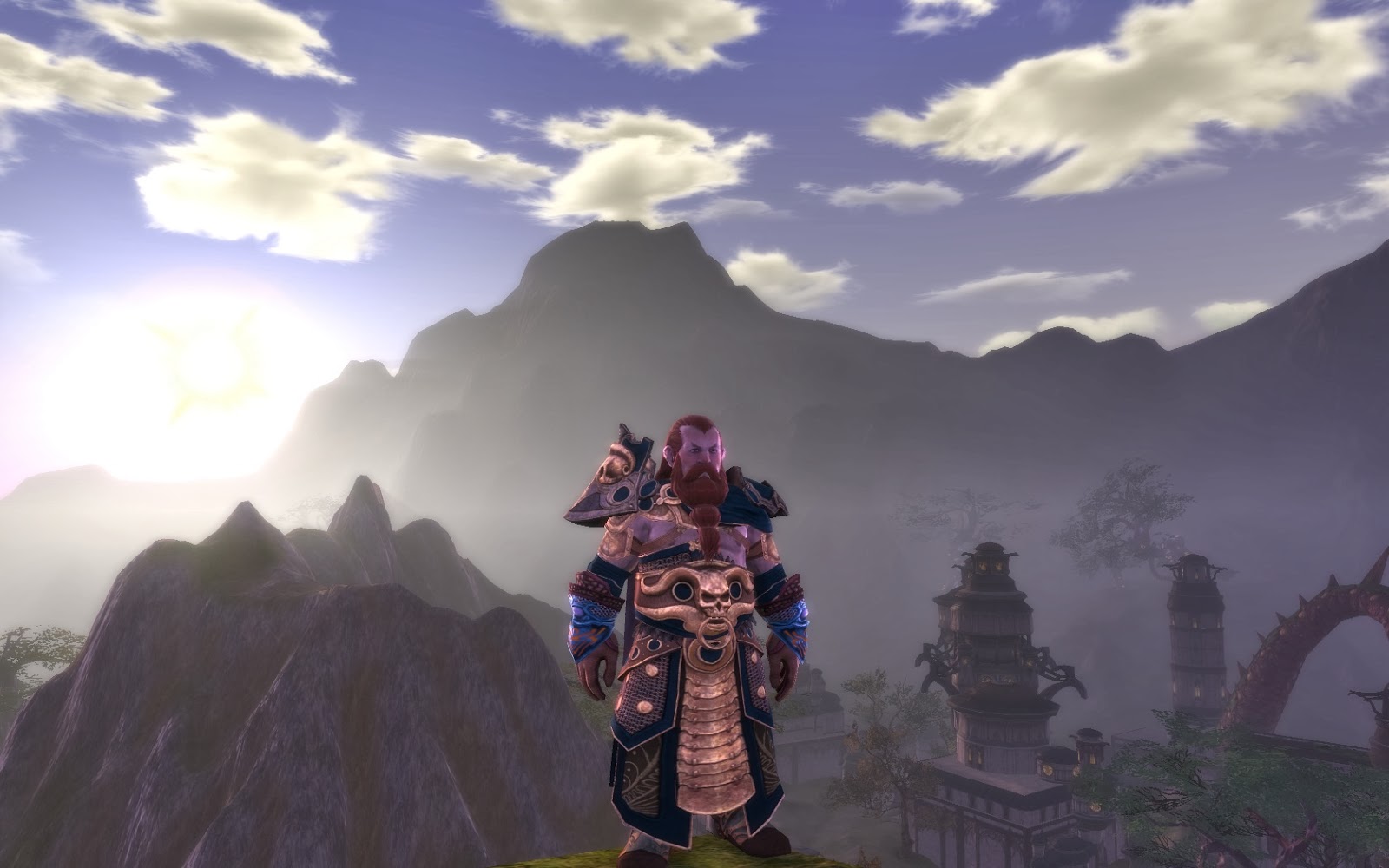 Summerfest is over, I'm at level cap and it will be a few months before Nightmare Tide.  I'm clearly a goal oriented achiever, so, a lot like Heather over at Pretty Little Sith , I had to set some goals to keep me interested. A random photo of Bruun I'd like to get into expert dungeons and raids, but I feel obligated to not have a hodge-podge of gear hitting the ground, especially since I'm a masochist and like healing.  I did a bit of research on the basics of gearing for a new 60, and identified a few spots that needed to improve.  I was fortunate to have hoarded a bunch of lockboxes while leveling, so I had a good start in some areas, but they didn't fill in all the gaps.  So, I tasked myself with replacing my cape and lesser essences. The best route for this was via the rewards from the Torvan hunters, and I needed about 10k rep to get honored, so that meant it was time to do some Hunt Rifts .   Someone was LFM in 60 chat for some Great Hunt IVs, so I j
Read more

August 14, 2017
After all the nonsense that has gone down over the past months with our current presidential administration, I've come to release that my twitter feed had largely turned into a place for people to vent their frustration without taking any real action. So I just went ahead and removed it from my devices.  Life is that much more peaceful now, and I can control when I consume news, and hopefully receive it from reputable sources that aren't sensationalizing. And I stopped checking FaceBook months ago.  Social media really isn't that much of a thing for me.  I've found that if I'm interested in something, there's normally a place for it on Reddit.  Here's some of the subs that I like: https://www.reddit.com/r/Atlanta/ https://www.reddit.com/r/Rift/ If you've got lots of angst over what's happening in your social media feed, then by all means, stop checking.  It'll make a world of difference! Interested in tracking your PC game pla
Read more

August 05, 2014
Rift Patch 2.8 is coming this Wednesday (the 6th of August).  I'm excited to see it drop, since it's the first major content update for me since I've been max level. RiftGrate has an awesome summary of what's in the patch. I'm probably most looking forward to the prelude quests, since the story content is typically fun, engaging and can be completed over the course of a few play sessions.   The part that I find most interesting in the scope of features and the strategy of a dev team are clearly the Auction House updates .  The fact that Trion is cool with sharing price history for items is a bit mind blowing to me, since most companies seem to either not be interested in exposing this data, or push it off onto third party addons.  I may taken it upon myself to create an index, lumping together some of the most commonly traded components and tracking their prices on a regular basis.  I would be curious to see how closely pricing on the AH reflects the ove
Read more