Showing posts from August, 2014
Show all

August 05, 2014
Rift Patch 2.8 is coming this Wednesday (the 6th of August).  I'm excited to see it drop, since it's the first major content update for me since I've been max level. RiftGrate has an awesome summary of what's in the patch. I'm probably most looking forward to the prelude quests, since the story content is typically fun, engaging and can be completed over the course of a few play sessions.   The part that I find most interesting in the scope of features and the strategy of a dev team are clearly the Auction House updates .  The fact that Trion is cool with sharing price history for items is a bit mind blowing to me, since most companies seem to either not be interested in exposing this data, or push it off onto third party addons.  I may taken it upon myself to create an index, lumping together some of the most commonly traded components and tracking their prices on a regular basis.  I would be curious to see how closely pricing on the AH reflects the ove
Post a Comment
Read more 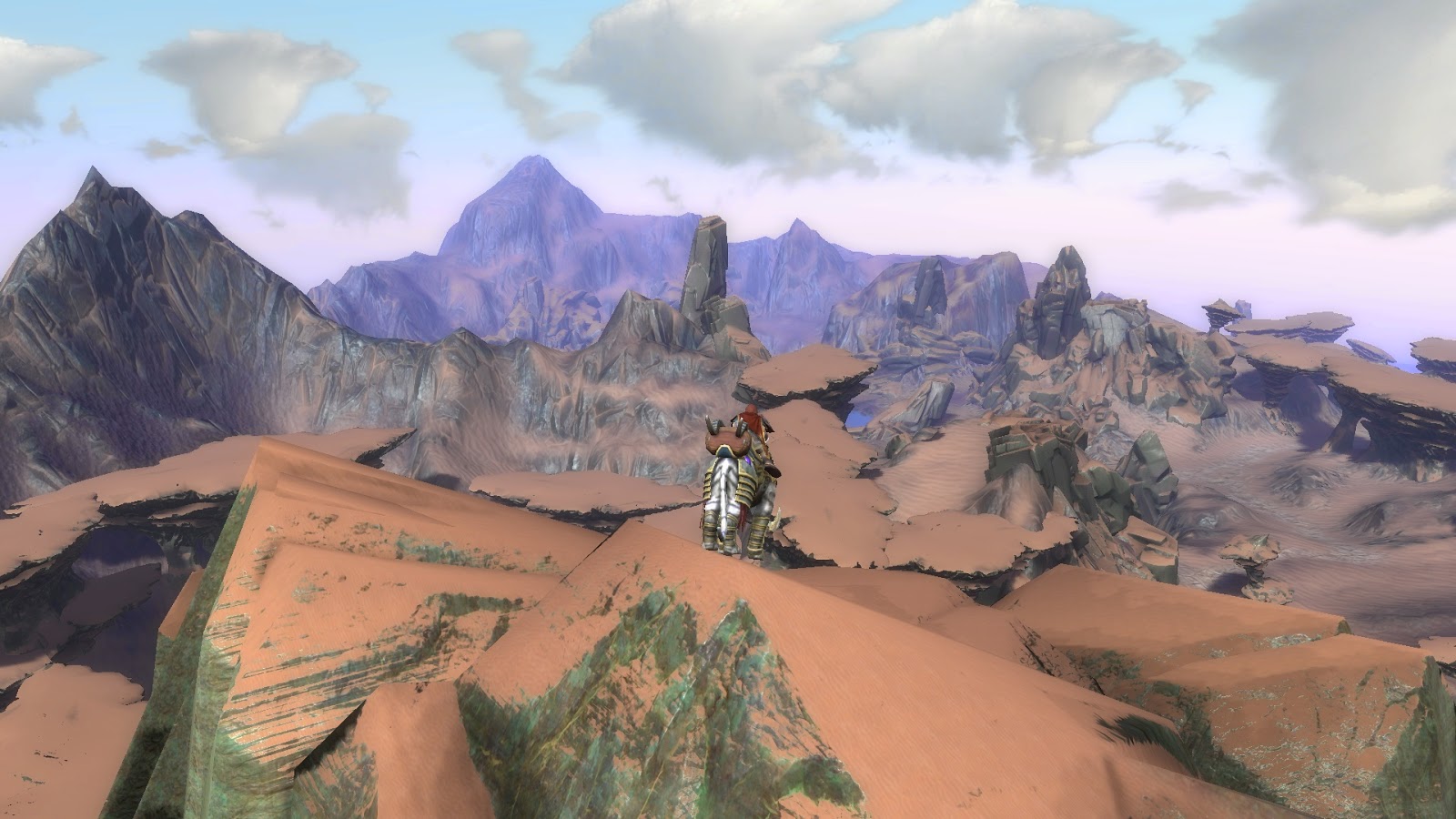 Late last week, I managed to get to Honored with the Torvan hunters, and picked up the next tier of cape.  I also stopped being cheap and spent around 20k in Infinity Stones, and added a few pieces of gear and upgraded them to help balance out some inconsistencies in what I'm wearing. Over the weekend, I spent most of my time working on the first tier of hunt rifts, ran a daily raid rift with my awesome guild (Go go team Grievance ), and knocked a few more zones off towards the Bane of the Bloodfire achievement.   Riding around Ashora Still working from a place of fear, I continued to do nothing with my raid healing spec.  Whenever I ended up in a zone event, I did a good job of keeping the group up and felt effective, until a chloro showed up, and completely kept the raid healed leaving me with nothing to do.  Today over lunch, I went ahead and watched Seatin's really good video on Warden healing , and it was much less overwhelming than Ahov's guide on the for
Post a Comment
Read more
More posts